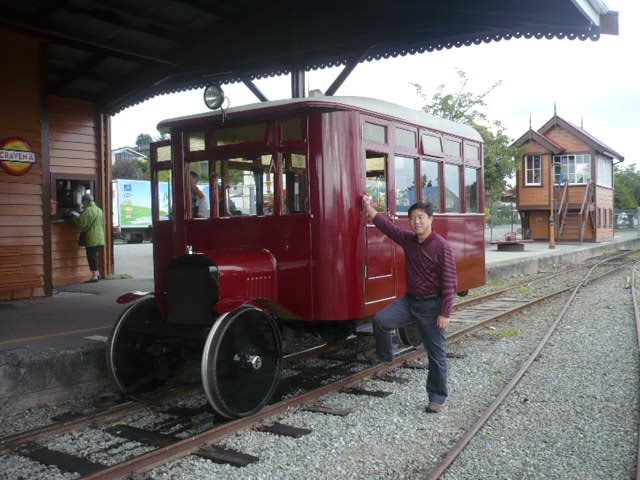 Beautifully made replica of a former Southland railcar, built on the same type of Ford T chassis and motor as used back in 1925 - now in the  brilliant little railway museum at Pleasant Point in South Canterbury. This has nothing to do with the article and that is not me!!

It is now about a year since late February 2010 when I installed the Blogger "Stats" device. This tracks the number of page views for the most read postings, and number of page views in total (by day/week/month/all time) as well as country of that the page viewer is based within, referring sources and main search terms.

In the year to 21 February 21st 2011 I have had 14,599 page visits. Visits per month are more or less steadily increasing (but nothing in life is certain!) and I am currently averaging over 250 kiwi reader page views a week.  It is nothing earth shattering by web standards but very pleasing to me personally, allowing that discussing the nitty gritty details of public transport is hardly everyone's keen interest.

It also represents a huge jump in [potential!] readership from the three or four unknown Metro or Council employees that used to be momentarily exposed to ideas similar to those expressed here. These were made in formal submissions to strategy and route change reviews etc that took weeks or months to compose and I suspect they slid past the gaze of these few officials and into the bin barely stopping.  The modest blips in readership following in the day or two after postings specifically about Christchurch suggest many of the current 250 weekly kiwi page views are made by Christchurch and (strangely enough) Timaru based readers.

Obviously quite a few visits will be accidental or oncers but this said, the unusual spelling "tranzit" creates a strong natural filter, and the Google intro lines clearly indicate this is not a bus company/booking agency etc. Also quite large numbers of readers are introduced via "Human Transit" and "Christchurch Transport Blog" etc [I hope it flows both ways] and this certainly suggests there is plenty of depth and genuine interest there too. On top of this if I post an item on local issues I quite often invite relevant MPs, Councillors, community board members, bus operators, resident associations and various other effected persons to check out the posting. It is used sparingly (no one loves being bombarded by a fanatic) but if the posting is read -  and I do get occasional comments or  a "thank you" -  it does mean at least some alternate vision of public transit beyond that of Metro and Council or the Mayor is being heard in local affairs.

Indeed in the last few months I have heard ideas I've been pushing for ten years without response suddenly popping up in the last elections, in public discourse and appearing in strategies...of course there is no guarantee where the ideas originated .... but well, well, who knows,  maybe I'm having a little influence. Anyone who has been involved with public submissions over a long period knows just how incredibly difficult it is to influence powerful bureacracies or alter pre-set agendas (however seemingly stupid in some cases!) - difficult even for large organisations like the Taxi Drivers Federation or the Transport Agency, let alone individuals.

Who would imagine that blogging from a dark hole  could be both fun and seemingly so influential, even in the teeniest way? 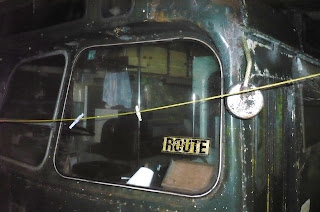