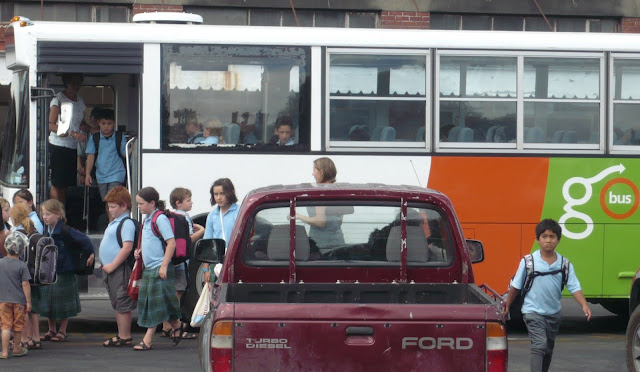 Few people will begrudge the Government of New Zealand subsidising of school bus fares fares for children living in rural areas who have to travel 5,10 or 20km to school each day. Realistically only some country parents at greater distance from rural schools could comfortably afford the fares on an ACT style "user pays" basis, if actual cost per kilometre was included. I'm sure most kiwis want children to have equal access to education and do not mind taxes being used to level the playing field.  This does not come cheap for New Zealand taxpayers.  Pupils qualify if there is no suitable public transport available and they live more than 3.2 kilometres from the nearest school and are under 10 years old, or they live more than 4.8km from schools and are over 10 years old. More than $142m will be spent on school transport this year for about 81,000 pupils. This is to rise to almost $159m by 2012.

A very different matter is whether children should be paying some basic fare, a standard cost. Parents of children in cities and many other areas typically pay between $2-4 a day in bus fares per child. This applies regardless of whether the children/teenagers are catching conventional city timetable buses or contracted school only buses, such as the comprehensive school bus systems run by Redbus in Christchurch. A study by Ministry of Education officials suggested charging thousands of rural parents for school transport, saying free rides for country children was hard to justify on equity grounds. There are doubtless parents in rural areas on low incomes who would struggle to find the kids bus fares many weeks, just as thousands do in the cities. However the Ministry study cited a 2003 Income Survey which found that overall rural families enjoyed higher incomes than the national average.

National's Minister of Education Anne Tolley rejected the report, according to an article in the The Dominion-Post Sept 16 2009 " "To have altered the provision of this service would have caused considerable distress to many families around the country," she said. 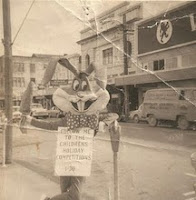 The rough wabbit calculator figures that the parents of every country child catching a bus during the approximate 40 weeks a year of schooling (less holidays) are getting about $42 week, no strings attached from taxpayers...if a nominal fare of $1.50 per child each way ($3 a day) was applied to bring country fares in line with city commuter rail and bus fares for school children, irrespective of distance travelled, this would reduce the subsidy to $27 per week or a saving of about $38 million per year.  Probably enough to reduce fares to a standardised or maximum school bus fare for ALL school, children. Or put into worthwhile transit infrastructure project -  say like putting Christchurch's new Bus Exchange underground to the potential  benefit about 450,000 New Zealand people,rather than just the 120,000 or so rural parents. Hmmm this wabbit smells a lot of National voters out in dem old hills!!

Added Info; About 40% of the bus industry in New Zealand is built around school bus services; recent capture of about one fifth of all tenders by bus operators Ritchies and GO BUS (Hamilton and central North Island based bus company sent many small local operators to the wall - this said, as has become standard in the bus industry nowadays,  many of the same local drivers probably just changed companies and went on doing the same run!