I was a city bus driver for 13 years and subsequently a sight seeing bus driver/commentator. This meant traveling in and out and around the central city day after day (and several times a day - as dawn was breaking,  the Catholic Cathedral dome bathed in pink light; as rush hour traffic tooted and crept forward; as my lone depot bound bus swished through midnight hail swept across an empty Cathedral Square; as happy drunks with hamburger breath crowded onto the last bus home Friday night on a summer's eve). I found it impossible to work amongst such a rich mixture of  Victorian, Edwardian and more modern buildings on such a constant basis without developing a deep love for the buildings which defined my workspace. The corners of the city became like rooms of my house. This was even more so because after forty years residence almost every street and many buildings, places, carried memories of events and people accumulating  like mussels on wharf post, one upon the next.  Added to this, through a love of history and researching several books, I often knew the strangest things (the old lady who once lived in this house worked as a secretary for the Mayor Thacker in the 1920s -"he couldn't keep his hands to himself"). In this house lived the old Jewish bloke who I once briefly worked for - on his wall a photo of himself as a cadet in Moscow in 1907 before the Russian Revolution. And over here was the shop behind which gathered over hundred men with bars and rocks before attacking the first tram out of the Falsgrave Street depot at 6 am on Friday 6th May 1932  (driven by a strikebreaker who was met by a hail of rocks)...and so on, the ephemera of passed on history a thousand fold.

Like so many people I know, I feel absolutely gutted, ripped open to know a city we took for granted is no more; yes it is still a beautiful city and new magic can grow, but the particular city, the particular tone and colour and wrinkles and smiles of this Christchurch we knew. That now lives fully only in photos and in many thousand hearts.

I enclose random photos of the texture of Christchurch before September 4th 2010 and, even more so, before February 22nd 2011. Most of the buildings shown are gone, one or two others may yet by miracle survive (parts of the city are still no-go or  restricted entry as at 19 April 2011). Photos shown here aren't necessarily of any special heritage buildings; and certainly not photos of professional quality. These are snapshots of our masonary  family.Some buildings are down right mundane and/or can be found in almost any urban setting, we value what we love, that's life.

Goodbye old familiar faces and friends. We move on, a new city awaits.  But we never forget.

Note; This blog page does not include photos of buildings seriously wounded, bleeding or collapsed in utter dismay. We've got enough of that elsewhere! 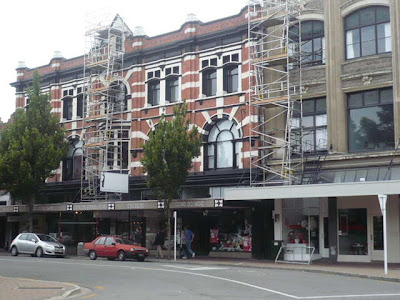 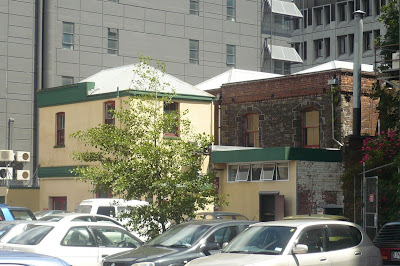 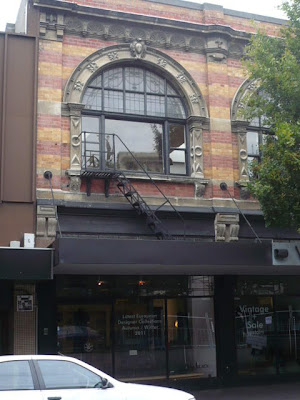 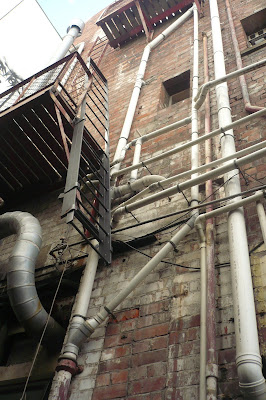 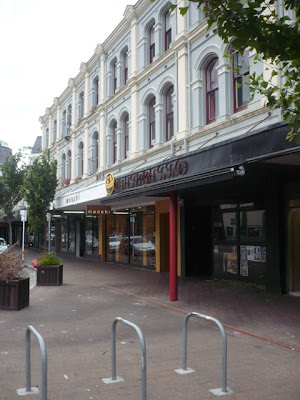 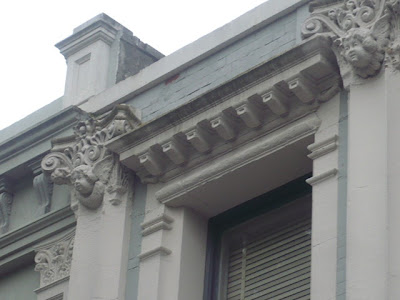 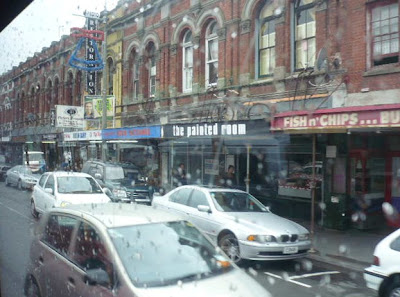 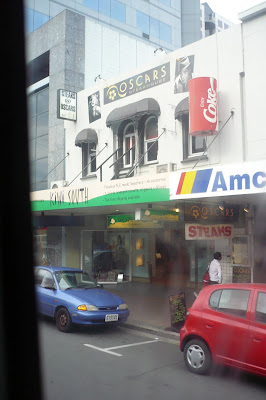 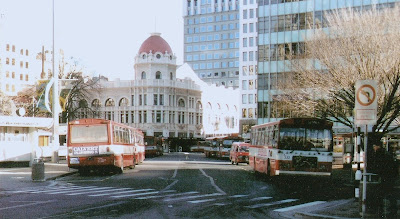 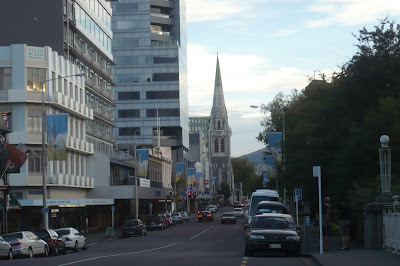 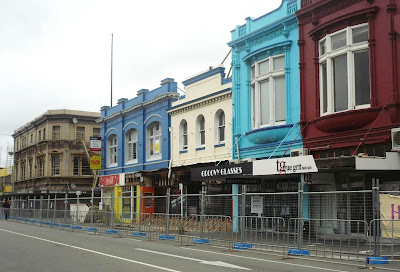 Lower Manchester Street, munted in September, mauled on Boxing Day, dead and demolished by Feb 22nd
Ross Becker has taken some recent (July 2011) photos of the demolitions going  on in central Christchurch
and kindly made them available to all, here 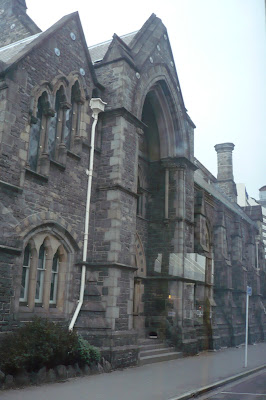