Rabbit, ferret, British bulldog (it's such fun having a blog after years of trying to go straight!) 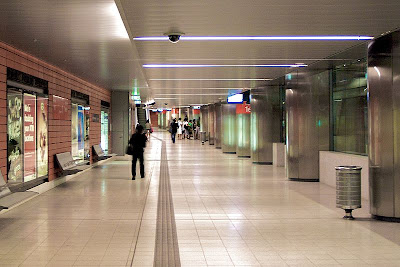 This is just a "filler" photo - I am ferreting away at the moment (can rabbits ferret?) putting together a submission for Metro's long term public transport strategy for Canterbury. I have the spectacular luxury of being able to do what I believe is right and best irrespective of whether anybody listens and the incredible (even to me) toughness just to plug along however many knock backs or rejections I get. There is something perverse in my soul that likes a long tough fight! One of the great models of tenacity must surely be Winston Churchill - I read somewhere he didn't speak until he was five - this the man who delivered the greatest speeches of the 20th century!! He maintained (at least publicly) an unrelenting dogged faith and belief in victory when Britain virtually stood alone after the fall of France and of about six or seven other countries to the Nazis (New Zealander David Lowe's cartoon of a British soldier waving his fist at the spectre of Hitler after the fall of France, with the caption, "Very well, alone then" said it all).
When British Prime Minister in 1938 Neville Chamberlain returned from his third flight to negotiate with Hitler "If at first you don't suceed, fly,fly and fly again" with a meaningless scrap of paper assuring an end to Hitler's conquests, "peace in our time", Winston Churchill,  with only five supporters in the British house of Parliament (which has I think around 600 members) growled "We have surrendered without even firing a shot" and warned that the young men of England would yet pay a terrible price for attempt to get peace at any price.
Of course I'm no Churchill and somewhat to the left of that old Tory but he is an inspiration nonetheless!  In Christchurch we have Maor Bob Parker ("show pony" so apt)  promising "rail in our time" and yet I honestly can not find a single example of effective rail built in cities under 2 million in CANZUS* in the last couple of decades.....we don't have the population intensity, or the huge taxpayer bases of Germany, France or many smaller European countries where a little railway line goes a long way (5 times the immediate population) and Government can afford a bit of dosh (20 times the taxpayers per kilometre of line!).
This is not a scientific survey - the door is still open - but every modern rail or light rail project I read about in CANZUS is haemorraging money like a stuck pig and that is usually just on operating costs; add in the infrastructure costs amortized across the standard 25 years and many systems are paying $5-15 everytime a passenger boards. If we are going to spend megabucks I say look to Brisbane - 117 bus routes feeding in through bus corridors (trenches and underpasses) racing through the central city and ignoring congestion. Infrastructure investment that benefits the whole city!! We have so much we could learn from the small (and larger) cities of Canada and Australia if we just kicked out this boys and their toys rail fantasy.
This is a photo of the Bus Station under King George Square in the centre of Brisbane, part of the Brisbane Busway network.
* The Ghost who walks. Oops, wrong comic.(whose old enough to remember that one?)
* (start again) CANZUS =  Canada; Australia;NZ and USA  ("the country cousins!!")
Posted by David at Wednesday, April 14, 2010