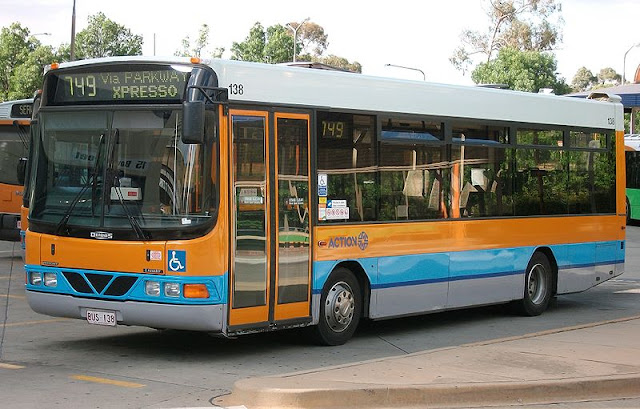 Xpresso Bus offering direct link worker services, as part of the ACTION bus network in Canberra. Effective public transport is about getting people where they want to go -  in multiple directions - quickly and smoothly.  Photo Wikipedia Commons


The building of a light rail route near Australia's Parliament in Canberra has received a big thumbs down from central government agency, Infrastructure Agency.

According to a report in The Canberra Times  a report from Infrastructure Australia, the Canberra submission failed to turn up sufficient evidence of traffic congestion or high value use value that would warrant the federal government offering support or funds.

In this case it seems the newspapers do not seem to be able to distinguish buses from bus rapid transit.

This was point made more obvious in the same article when an opposition spokesman said the Government's own document suggests that "bus rapid transit returns $4.70 [for every dollar invested] and light rail returns $2.30".

This rejection (at least, reading between the lines, until Canberra ticks enough boxes) is relevant to Christchurch.

As with Canberra, Christchurch a radial city of low density spread  lacks any geographic, social or financial reason why light rail would of any significant benefit, to any but a few tourists or be of use to all but a small quadrant of the population (such as Rolleston-City only). Yet it comes with a huge price tag for everyone.

In Christchurch the ongoing fantasy of light rail by various local politicians has already cost the city huge amounts in misdirected focus and significant failure to develop a modern bus system or rapid transit strategy to overseas best practice standards.