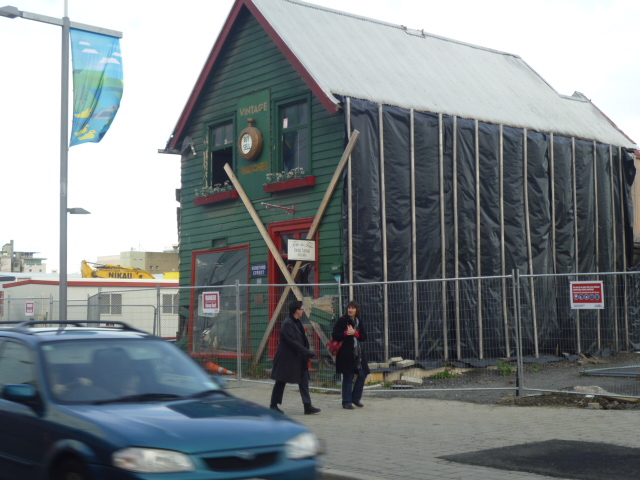 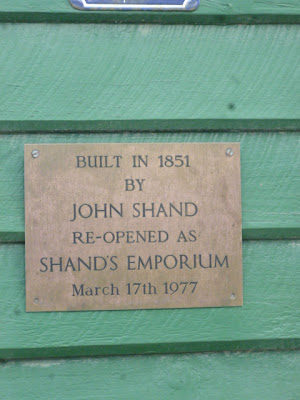 One of Christchurch's richest men, Antony Gough, owner of multiple bar and cafe premises on "The Strip" (or the land where they stood before the earthquake) is offering a farcical "about $20,000" for someone to remove Shand's building from the Hereford Street site he owns.

Presumably Gough was aware in buying this site he was purchasing the oldest existing commercial building in the central city and one of the very few from the early 1850s,  in all of Canterbury.

We are a raw new country, human settlement doesn't go back longer than a 1000 years. Weird eh? Early Maori sites were often transient (for only a few decades at most) and building materials wood, rotted with time.

As a people we are like newborns without a deep culture to stand in. A building built in 1851 is hardly ancient by the standards of ancient Egypt, or even Europe, indeed laughable. But, it is all we have got.

Shand's building is probably the most dungary building in Christchurch, built of flimsy, dried old wood. Worn out, old bones, past it. Technically it is a peace of shit. But it is all we have got.

Never was something so worthless so worth saving!

It takes us right back to the brave madness of building a bit of England in a swamp and doing so in a country so far across the world it was almost outer space in modern terms.

It takes us back to the dream time long before all our impressive stone Gothic buildings were built. It takes us back the very first decade of organised settlement when Christchurch had all those Anglican pretensions and utopian dreams of building a new world (without all those ugly aspects of the industrial revolution) but actually looked - in modern terms -  like a low budget set for a b-grade western!

The reality of those first ten years is almost obliterated, even from the history books, but if we need a reminder - a humble "first truth" symbol - Shand's building is it.

I don't want to be gross, tacky, presumptous, but the Gough family has been  publicly stated as worth $300 million. An offer of $20,000 to take away a building is equivalent to most of us common mortals offering $200! And the cost of  having the building demolished and removed by Gough  himself would probably absorb most of that $20,000 anyway.

In other words can things get more cheesy than this - the man in the Golden Suit has bought almost the equivalent of Shakespeare's Cottage, in terms of age and spiritual roots, and clearly has an agenda to uproot it, with out meeting the moral obligation inherent in this purchase of fully covering its preservation and restoration.

What is so double cheesy (excuse me MacDonald's) is that the Gough family built its first fortune on the Caterpillar tractor franchise, Gough, Gough and Hamer  - "Cough, cough and stammer" as we used to call it as kids.  The very machines that built so much of New Zealand's infrastructure.

It feels to me like there is a very, very serious downgrading of the Gough name going on here!

When you got that much dosh you owe something back to society, what used to be called "noblesse oblige" . Nowadays we might put it less elegantly - cough up Gough! There is so little heritage money around. Make a decent fist of saving Christchurch's most worthless building! And ideally where it stands, because that is where it stands, a rock against the tide.  Wrap it in a courtyard and put your bars one step removed.