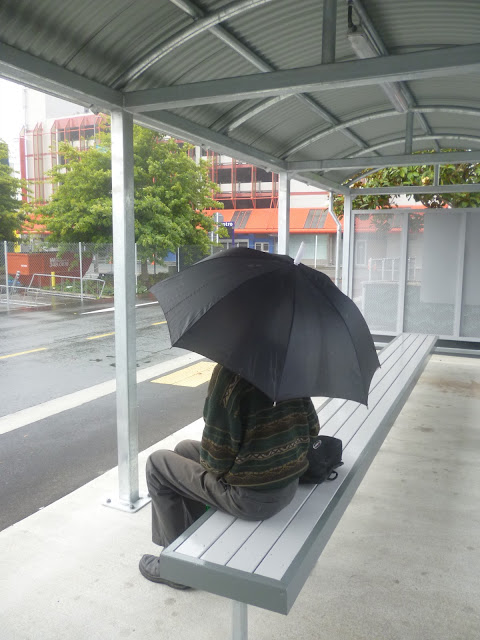 Love this picture! (no it wasn't posed) .....photographed in a relatively light south-easterly wind/rain a few weeks back at the temporary central bus station* ....not even sure how this guy managed to sit on the seat itself, which was soaking wet as shown in photo below ..... 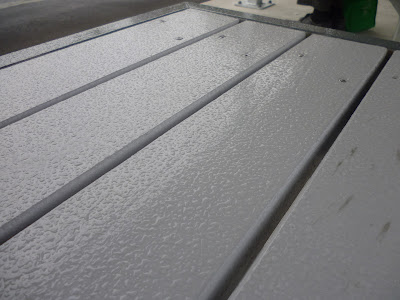 It certainly it does not bode well for the oncoming winter. Far more vigorous (and bitterly cold) wind and rain combinations are of course the winter norm in Christchurch. Presumably hundreds will have to stand getting soaked, at least around the legs, or crowd uncomfortably -  "cattle class"as they call it in Melbourne -  into the fairly limited space in the completely covered waiting area.

Isn't it a bit weird or bit rich calling this a bus "shelter"?

At least down in Southland (overseas readers - New Zealand's southern most province - next stop Antarctica) they are honest about the local bus service being operated by a bunch of comics and comedians . Love this  photo too, a school bus shelter spotted while holidaying in Colac Bay. 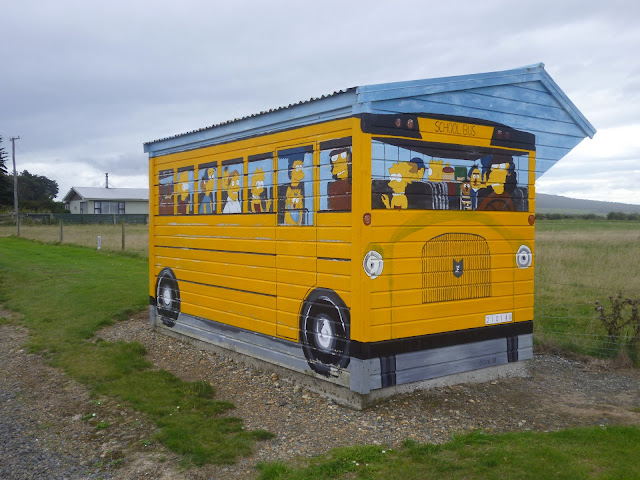 * Predicted for two years use only -  by the same crowd who predicted by 2012 Christchurch would have nine bus routes bus laned and six transfer stations built and achieved only a 20% success rate. Bets on five, six, seven years anybody?