The Changing Face of Bus Travel 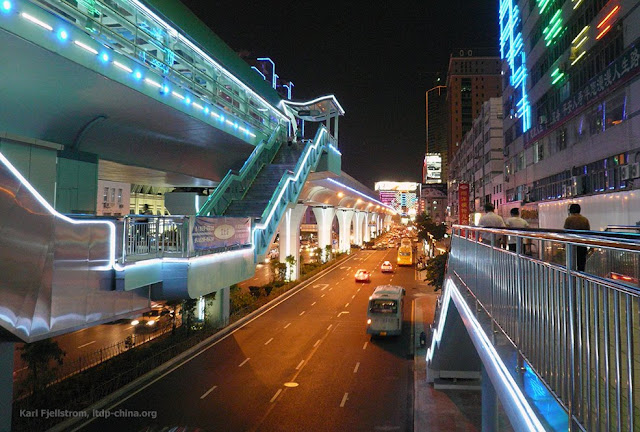 This is the busway through the centre of Chinese coastal city Xiamen (2.5 million population).


No, no, the busway is not where you can see the buses, that is just an on-street lane - the busway is on the viaduct above! More photos of this impressive piece of public transport infrastructure available here


I remember watching a BBC Economics  type programme on TV a couple of years ago. It was an interview with China's associate Minister  of Finance (or was it Development? He was fairly high up in the governmental apparatus anyway). He said words to the effect that China was not trying to catch up with the developed world - they are trying to see where technology is going to be headed in the future and jump right over the top. Starting more or less from scratch they had the benefit of brand new technology and hoped this would place them at an advantage.


It is very interesting in this light that the Chinese Government appears to be funding commuter rail systems and bus rapid transit systems (though not all of them as spectacular as the one in Xiamen) but light rail development has virtually stopped, leaving China with 660 cities, but only four with light rail. The notion that bus rapid transit can not match light rail for capacity is truly laid to rest by the huge carrying capacity of these systems.
Posted by David Welch at Thursday, June 10, 2010