Labour and Greens are pushing for a $100 million dollar rail plan for Christchurch .

I can't believe these guys don't do enough research to know this is nonsense, you don't get quality safe public transport over the distances involved, city to Rangiora and city to Rolleston  - at that sort of price. The idea of using the ramshackle, tired, third hand diesel units  of Auckland commuter rail  as the primary rolling stock is a particularly poor joke.

Auckland has spent/is spending billions of dollars on commuter rail - Wellington has spent around $700 million on upgrading the rail system in the area - mostly specifically on the commuter rail system (including $188 million just on the Matangi electric units) - get real ! $100 million won't buy shit.

Or rather it will.

Why not believe in Canterbury and create realistic policies with grunt???  Christchurch deserves - just on a pro-rata basis alone - spending of at least $300 million worth of quality rail development.

All this should be based on the principle bike & rail and rail & bus anywhere !

The only sensible use of rail in Christchurch is as shown on the map below (taking the gratuitous spur to Prestons out of the equation). The primary need is to identify the corridors needed and secure future right of purchase, not to run inferior jack-up services 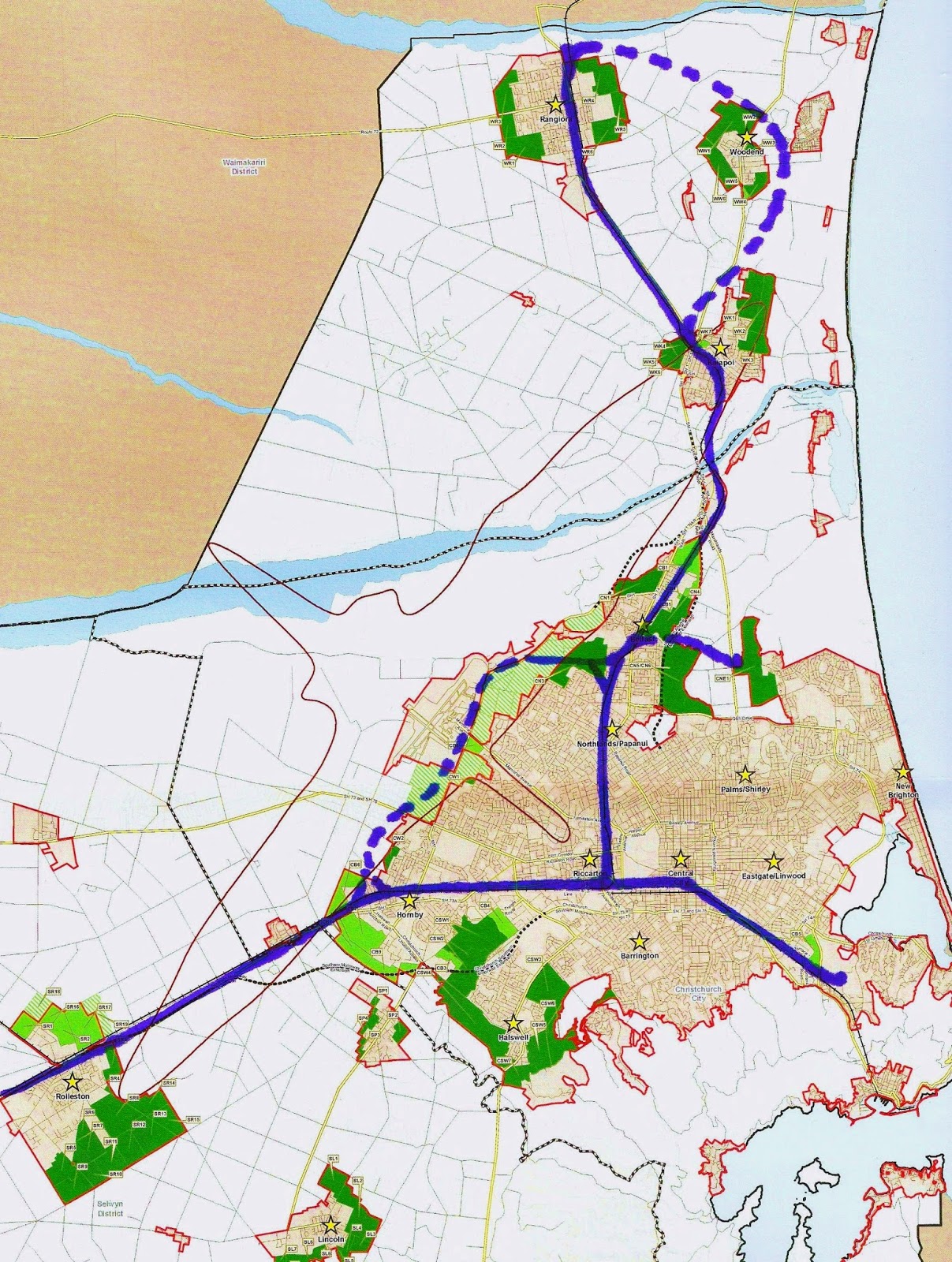