When "in the van" does not mean effective leadership 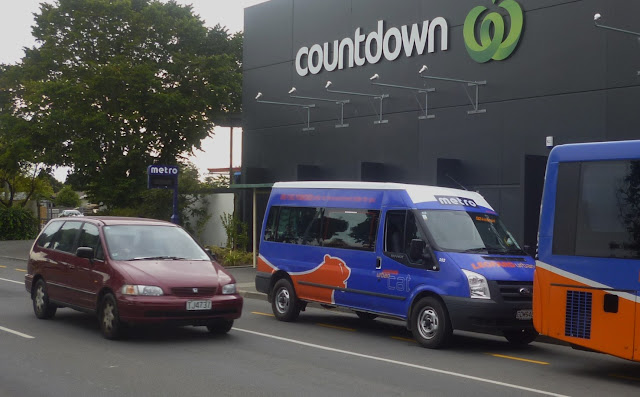 I see that the City Council has obtained two new vans to deliver a Mobile Library service. Rather curiously these are not being bought out of rates but are being donated by overseas organisations who wanted to help out Christchurch following the devastating earthquakes. New Zealand Rotary has helped organise the donation of one van by Rotary International, and the other by Cotton On International Foundation.

It made me sick to hear this - and not because I don't love the excellent library service in Christchurch.
It made me sick because I thought if organisations totally unrelated to libraries are prepared to raise and donate funds, how much is it even more likely is that some of the vehicle manufacturers that make mini-buses would have come to the party with a donation to help out the bus services for the quake stricken eastern suburbs of Christchurch?

I am almost 100% sure that Mercedes or Ford or Mitsubishi or Optare or other vehicle manufacturers would have leapt (will leap?) at the chance to make a public gesture - a worldwide reported gesture - of providing a van or even two or three to Christchurch, fitted out to serve as a mini-bus in areas with compromised roads or constantly shifting street works and sewer replacement.

Provide a van or two either free, or on reduced lease, or in exchange for publicity (which is fair enough) - whatever.

If they had been asked.

If we had a public transport organisation "out there" working for best possible outcomes in a very bad situation. And fighting for the extra funding from Government that a quake damaged public transport system patently needs.

ps The van only departs once every two hours, and not before or after work hours. Being a single vehicle it tries to cover all bases including hour long appointments - but what if they run late?? - and creates absurdly long periods to doing basic shopping  "Drop me off at the supermarket driver and pick me up in one hour twenty minutes" Yeah Right.  Perfect timing for the oldies, mothers with young kids.