Christchurch - Apocalypse Now, but good coffee is on the way 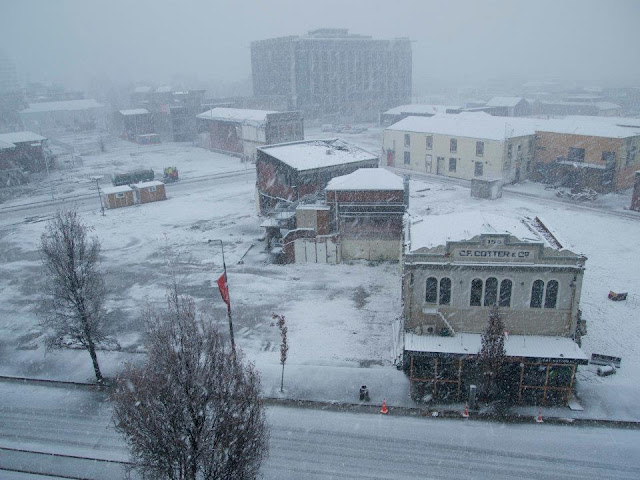 
Apocalypse Now? The much battered and demolished city of Christchurch as photographed from the top of the Alice in Videoland building in which C1 Espresso Cafe is setting up a new cafe. High St. foreground. 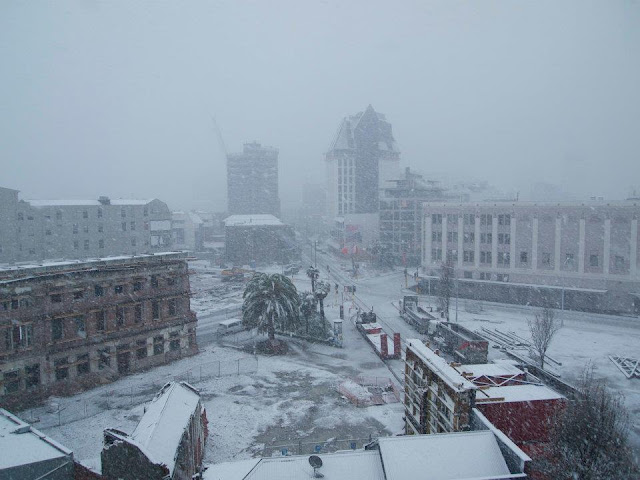 High Street looking North, Grand Chancellor no more, wall on left is the interior side of the West wall of the Excelsior Hotel!

I am very aware many people I know, particularly over 40, are not on Facebook., so I asked the cafe's permission to show some samples of photos from their Facebook site on this blog, generously they said yes but can you credit our Facebook address. More background also here, on the C1 Espresso Cafe on their original website

Much of this area of the central city  is still "red-stickered" - no entry to non-authorised persons, because so many demolitions are still going on. The three highest buildings in these two photos are also earmarked for demolition, so there isn't going be too much left!

But Alice's is building into their Video hire Palace (there is no other word) a small art house cinema, and the building will also host The Physic's Room Gallery. Everybody I know seems to be enchanted by going into Alice's - this good old public works building, solid as, a former post office, stands in the wasteland of sites now empty or crumbling edifices supported by steel bracing and yet inside it is like a magic treasure house of thousands of quality films and DVDs etc from across the world.

In other words an absolute culture-rich Oasis - complete with palms, as below,  albeit in the snow! 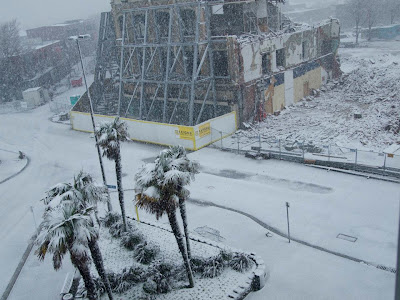 And below some pre-quake photos 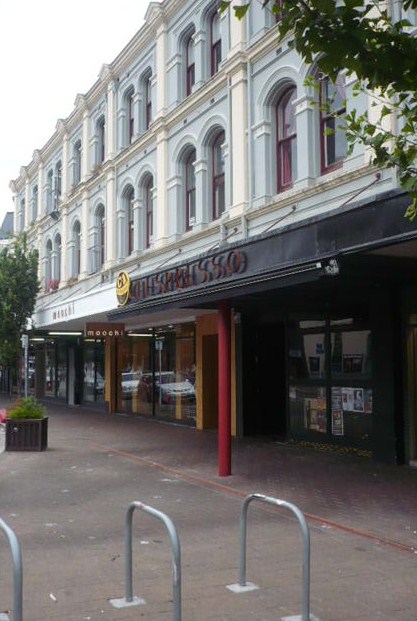 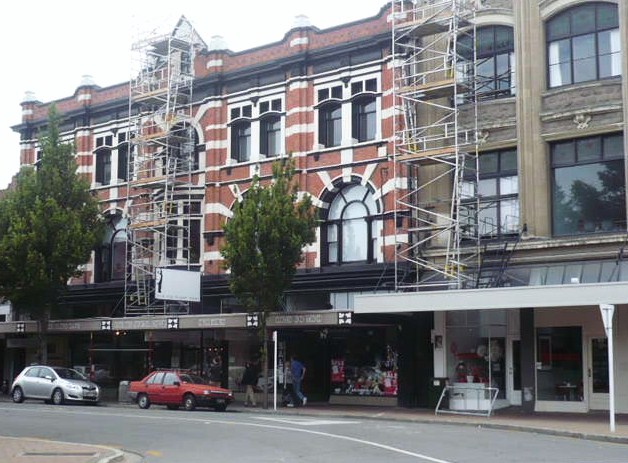 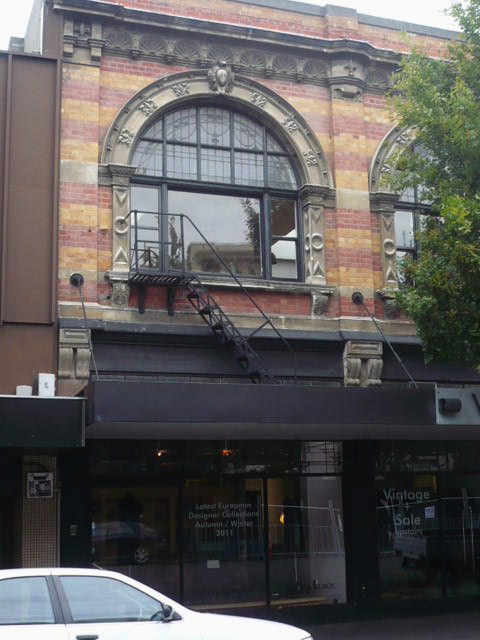 Photo NZ in Tranzit
This lovely art nouveau facade appears as a just wall supported by red containers,  in the bottom right corner of the second snow photo above. Presumably it is hoped it can retained and reattached to the new building. 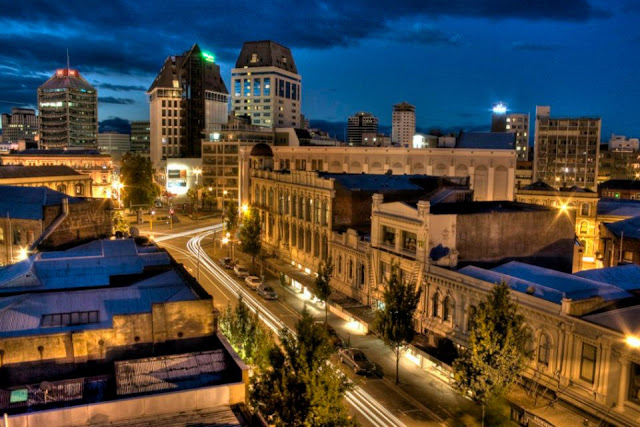 Not quite rose tinted but a fairly zooty view, probably also taken from the roof of Alice in Videoland, looking north in the days before we knew what real earthquakes can mean! This appears from the C1 Espresso website (not Facebook) The centre high rise is still standing in the second snow photo, but others have gone or are going. They didn't fall over in the earthquake but are too structurally compromised and unsafe and,  at very minimum,  uninsurable, so down they come.

Sometimes the heart hurts with so much loss of familiar city, but then lots of great things are happening too! And we have all learnt in Christchurch that disasters are not necessarily consistent things, one person suffers catastrophic loss, some have loved ones brutally torn from their families, some suffer life changing injuries, others only suffer minor inconvenience and yet others again, suddenly make their fortune and gain unexpectedly in job promotion or a new career.  Life goes on whatever.